After Hightower’s longtime partner, DeMarco, took her leave of us from this crazy planet, our staff and the board of the Lowdown decided to have a little dinner together in her honor– she didn’t want any kind of public memorial– at hers and Hightower’s house. Laughs, love, and food abounded. Here are our photos and a few of the recipes we shared with each other. 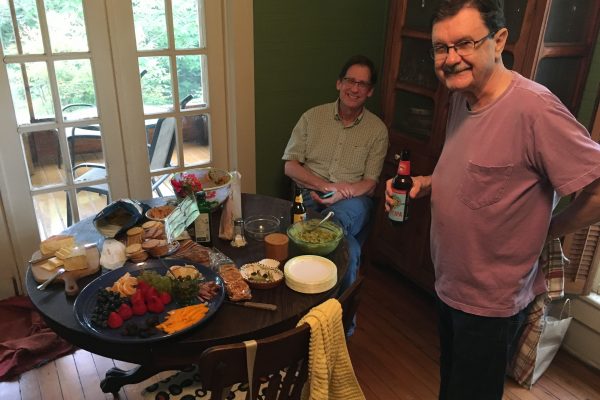 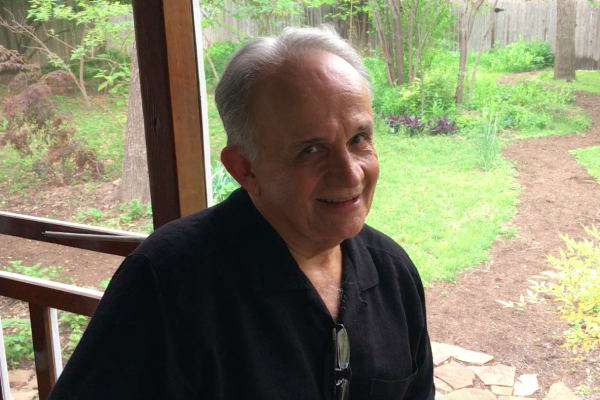 Izzy, Deanna’s dog, was pretty sure that Hightower would drop some cheese for her 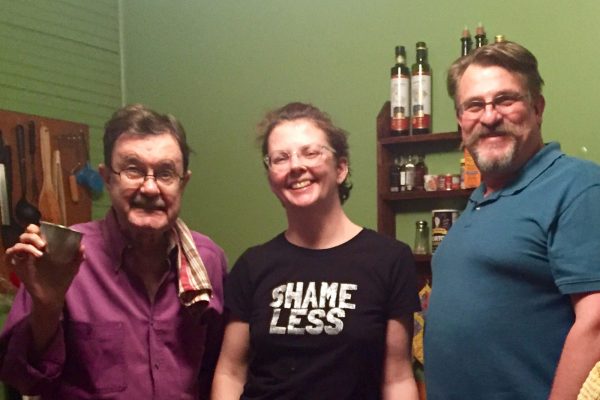 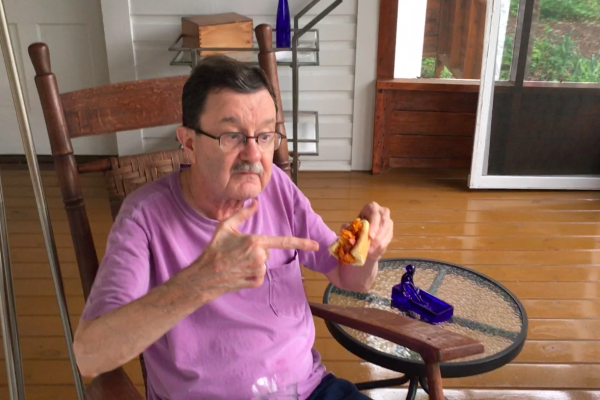 Hightower went for it: he tried a garbage dog!

Contributed to the dinner by Hightower
Adapted from “My Mexican Kitchen” by Diana Kennedy (Clarkson Potter, 2003)

1. Put onion, chilies, cilantro and salt into a molcajete, and crush to a paste. (Or purée in a blender and transfer to a mixing bowl).

2. Cut avocados in half, and without peeling remove pit, and squeeze out the flesh. Mash avocado into onion-serrano base and mix well. Stir in 1/2 cup of tomatoes.

Contributed by Lowdown publisher and board president, Jay Harris, from his cookbook, Veganish
Adapted from “Shakshuka (Eggs Poached in Spicy Tomato Sauce)” Smitten Kitchen.com, which, SK says, was adapted from Saveur

Heat oil in a 12-inch skillet over medium-high heat. Add chiles and onions and cook, stirring occasionally, until soft and golden brown, about 6 minutes. Add garlic, bay leaves, all the spices, and the sugar, and cook, stirring frequently, until garlic is soft, about 2 more minutes.

Crack eggs over sauce so that eggs are evenly distributed across sauce’s surface. Cover skillet and cook until yolks are just set, about 5 minutes. Using a spoon, baste the whites of the eggs with tomato mixture, being careful not to disturb the yolk. Sprinkle shakshuka with feta and parsley and serve with pitas, for dipping.

1. Discard any broken shell or open (dead) mussels that do not close when tapped. Wash remaining mussels, removing any barnacles with a dull paring knife. Remove beards by tugging them away from shells.

3. Discard any unopened mussels. Spoon liquid from skillet over each serving.

Contributed by Deanna and Laura
Deanna’s mom would like you to know they were originally called “chip and cheese dogs” and she’s not responsible for the nickname they earned.

Preheat oven to 350 degrees. Mix all the ingredients together and scoop into hotdog buns. Place dogs onto a cookie sheet and bake for 10 minutes or until tops of buns are toasted brown.